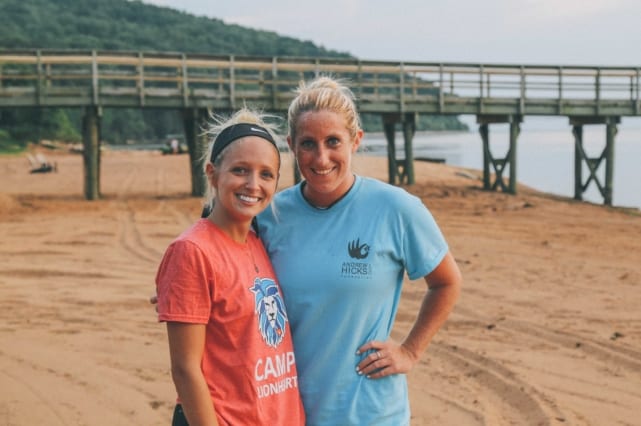 The below story was written by Allie Stein.

The Communication Specialist title comes with a wide range of responsibilities including anything from web design to social media.

On any given day, Cait keeps the website up-to-date and runs all of the social media accounts. She designs each individual page on the website and writes new blogs after every event. She also takes photos at all of the events, edits them and posts them to the website, social media and uses them in all of the marketing materials (like brochures, poster and flyers!) She also designs, writes, and sends out an email newsletter that goes out at least once a month.

So how did Cait get so involved with the Foundation and to where she is now? Her journey began almost a decade ago now, dating back to 2010, the very first year of the Foundation.

Cait was one of the very first volunteers. She and her friends all immediately became involved. They wanted to honor their very good friend Andrew’s life. 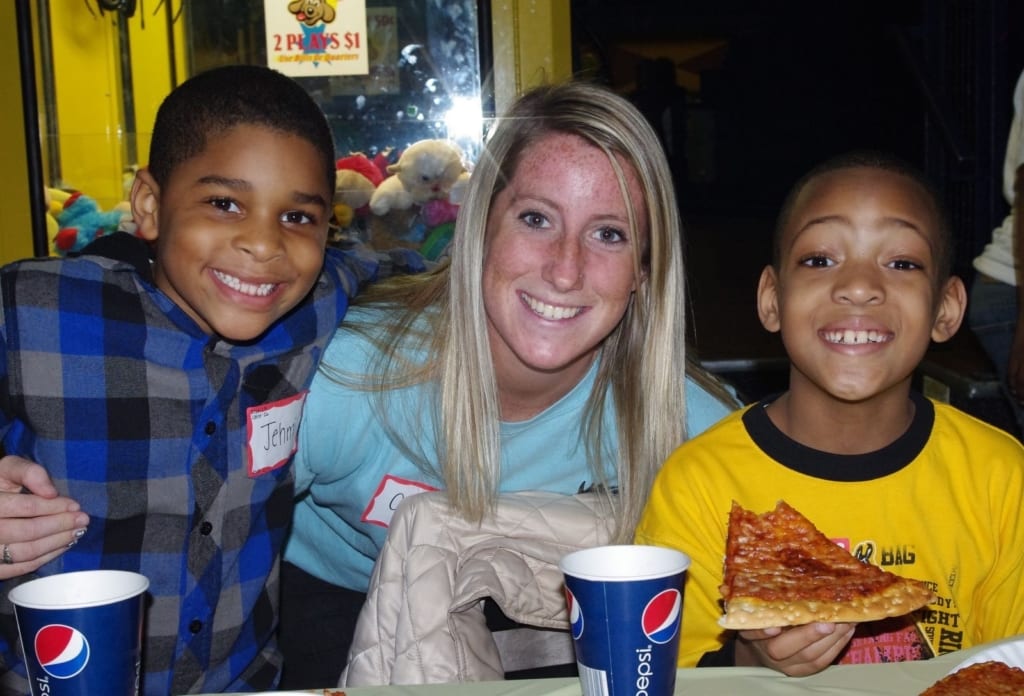 Cait returning to volunteer at the Open Bowl in 2012

“I was friends with Andrew in high school and when his family started the Foundation our group of friends immediately jumped on board, we were stoked something positive was going to potentially come out of something so tragic, it was a good distraction as well,” Cait said.

The ‘Open Bowl’ event was just the second event the Foundation had ever put on after the very first ‘Fall Carnival’, which Cait had also volunteered for.

“It was fun to be really involved with all the planning and then after the event, we were so proud of what we pulled off,” Cait said. “This opened our eyes to volunteering and we saw how rewarding it can be. We were also introduced to the awesome kids from Chester.”

Cait was a senior in high school during the Foundation’s first year, so after she graduated from Henderson, she headed off to study art at Virginia Tech.

Despite a 7 hour distance, Cait still remained involved throughout her college years. It was during this time that she moved away from just volunteering and began helping with the communication side. She started out by using her new graphic design skills that she was learning to design logos, flyers and invitations.

As I’ve gotten older, I’ve realized how much I appreciate being a part of something that is trying to put positivity into the world.

After Cait graduated from Virginia Tech in 2015, she received a text from Karen Hicks, the Executive Director, about officially joining the Foundation part-time.

“I remembered how much I appreciated what the Foundation was doing and I still received their email newsletters and saw they were still thriving and growing from what we had helped start during my senior year in high school,” Cait said. “I also appreciated the Hicks family and was looking for some guidance post graduation so I jumped on board for the opportunity.”

Cait started slowly learning everything she could from Karen, including how to edit the website, the email newsletter program and a lot of other administrative jobs. Cait also started to incorporate her photography skills by taking pictures at all of the events. 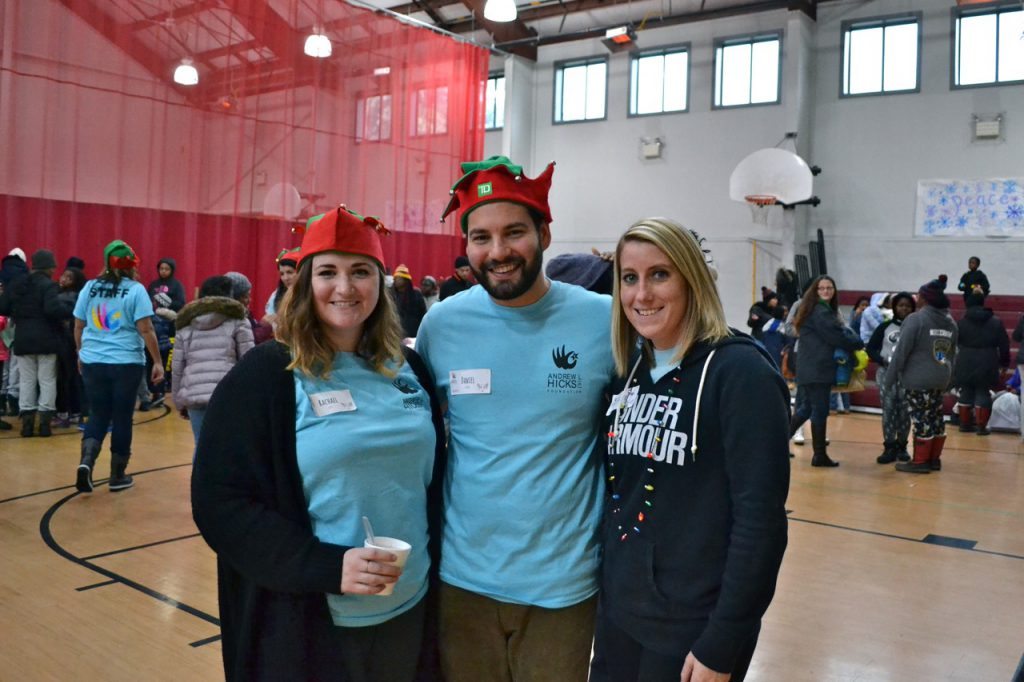 “I began working on creating a brand for the Foundation and worked to improve our online footprint, and tried to elevate how the Foundation communicated its mission,” Cait said.

Not only does Cait’s hard work work and dedication make her such a special part of the Foundation’s team, her close friendship with Andrew also means so much to everyone, especially Karen.

“Cait was at our house within hours of our return from California. She cares deeply about our family and was grieving alongside of us for the loss of her friend,” Karen said.

Karen says Cait was a natural fit from the start when she became involved with the Foundation on a part-time basis. Karen says the connection and the deep understanding of the mission made her the perfect hire.

“What I most appreciate about Cait is her faithfulness. Since Cait has been with us since the very beginning, and went through our darkest days with us, we don’t have to explain things to her,” Karen said. “She’s grown up with the Foundation. She has been through the growing pains with us and has always kept our mission at the heart of her communication.”

“She is passionate to make sure we stay true to the reason we founded the Andrew L. Hicks, Jr. Foundation in the first place. She is a fierce defender of the Foundation and protects our integrity. Every bit of what she designs for us is meant to communicate a clear, consistent message and she is determined to always present the Foundation’s mission and intentions as purely as they are. Cait is talented, and creative and a great problem solver. I don’t just respect Cait’s abilities. I love her very, very much. She very much honors Andrew with her service. I really admire and respect her for that.”

Being involved so heavily has also had an immense impact on Cait’s personal and professional life.

“Mrs. Hicks has provided an environment for me to learn, grow and evolve my design and marketing skills,” Cait said. “She encourages me to share my opinions and bring new ideas to the table, which I really appreciate. Even though she doesn’t always know what the final outcome of some projects will be, she encourages me and tells me to go for it.” 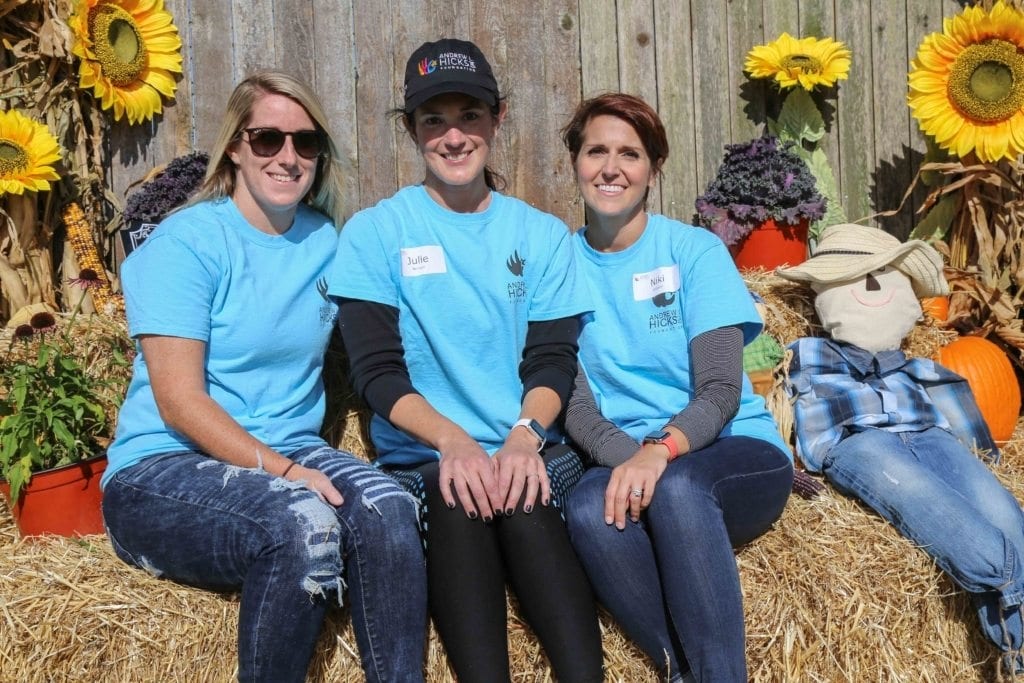 Cait says this level of trust has pushed her to always do her best and has given her the confidence to create new things, in her full-time job as well.

Cait also says she has learned so much from watching the three women, Karen (Executive Director) , Niki, (Program Director) & Julie (Program Coordinator), work extremely hard to make all of the events and programs happen.

“For me it’s been extremely impactful to see three strong, intelligent women, work really hard in something they believe in, while also having compassion to work with young children and provide encouragement to both Chester and West Chester students,” Cait said.

On a much larger scale, Cait also has been impacted by what the Foundation is doing and the mission they are serving.

“It’s taught me that no matter how small the gesture, you can make an impact on someone’s life and that’s worth something,” Cait said.

In 2010, Cait started volunteering as a way to honor her friend and his family. Nine years later, she has watched the Foundation grow into something much larger that provides so many people with opportunities and a sense of purpose.

“As I’ve gotten older, I’ve realized how much I appreciate being a part of something that is trying to put positivity into the world,” Cait said. “The Foundation provides opportunities for both West Chester and Chester students to put their words into action and try to enact change. We’re much more powerful when we work together and the Foundation has provided that opportunity to so many.”

“If I can play a very small part in helping the Foundation share their mission and try to encourage others to get involved in some way, I’m happy to help and share my marketing and design skills.” 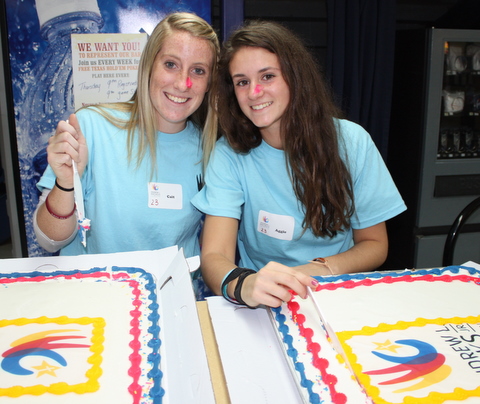 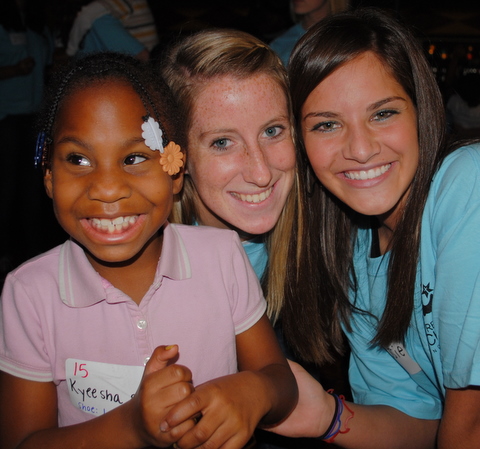