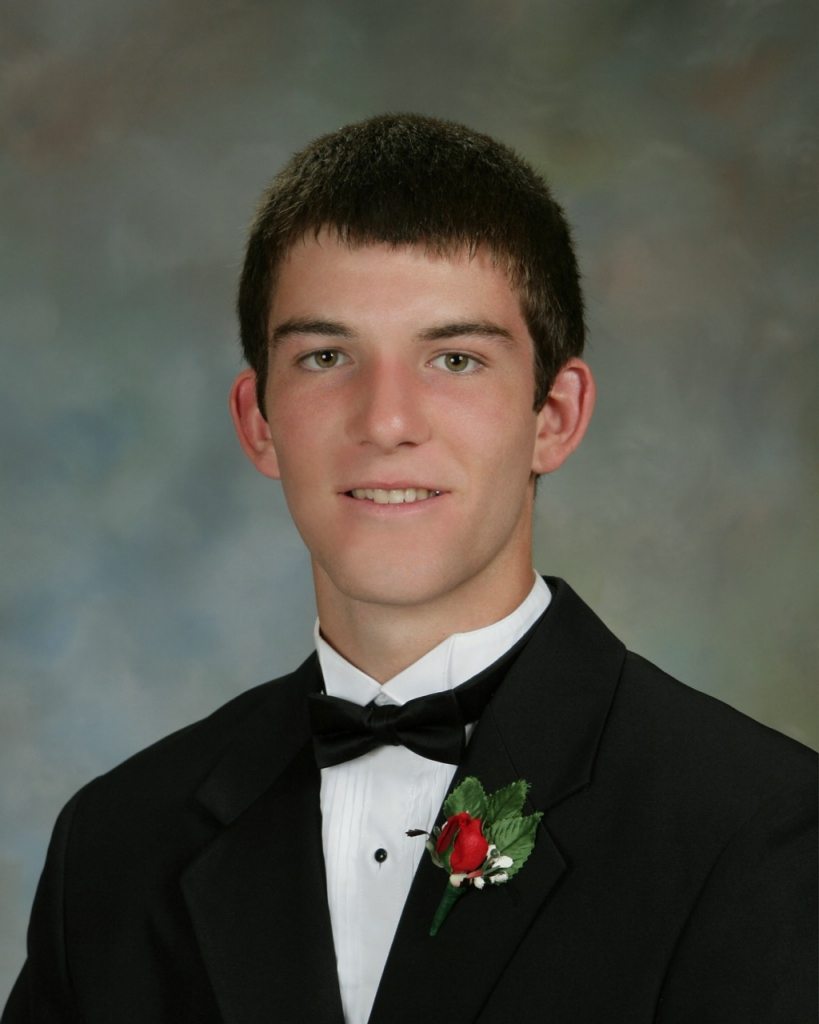 Andrew L. Hicks, Jr., born February 26, 1993, was the first born son of Andy and Karen Hicks of West Chester, PA. He had two younger sisters, Kelly and Amelia and a little brother, Kyle.

Andrew was a low-key, laid back young man who didn’t take anything too seriously. He was level headed and non-dramatic. He loved sports especially soccer, ice hockey, skiing and watching any good match up on television. He was also a master at fantasy baseball.

Andrew was a man of character and strong Christian faith. One of his three strongest values was Respect. Andrew believed that every person was created uniquely by God and therefore had tremendous value. He encouraged people to step out in order to put their own special gifts to work. He tried to do what he could to support others as they bravely explored and developed their unique gifts, and he respected everyone.

Secondly, Andrew had a keen awareness of Righteousness and he despised injustice. When he witnessed a person being wronged or a people being discriminated against or disadvantaged, it upset him deeply and he would try to set things right if he was able to at the local level and asked God to intercede when it was not in his control. Andrew was a champion of the underdog.

“For I fully expect and hope that I will never be ashamed, but that I will continue to be bold for Christ, as I have been in the past. And I trust that my life will bring honor to Christ, whether I live or die.” Philippians 1:20-21

Thirdly, Andrew showed great Appreciation for everything. He loved his family and thanked God for them daily. He loved his hometown and expressed that verbally so often. He was so grateful for his many friends and he had a knack for surrounding himself with high quality people. Andrew’s friends inspired and motivated him and he loved and appreciated them. One of Andrew’s favorite quotes was, “Life is short. Love the one you got.” And he did!

Andrew had served for a couple of summers in Chester with his youth group, living in the basement of Frederick Douglass Christian School and working with the kids of Highland Gardens. During those summers of service, a strong passion developed in Andrew to see opportunities come to Chester children, much like the endless opportunities he and his friends had available to them in West Chester. He had a strong sense of social justice and was a defender of the weak, at school and in sports.

It was in the middle of summer before his senior year of high school when he and his family were on Day 3 of a once-in-a-lifetime family trip which began in San Francisco, CA and was to continue down the Coastal Highway stopping in Santa Monica, Big Sur, Santa Barbara, Monterey and ending in Los Angeles. On July, 19, 2010 while hiking the Coastal Trail near Muir Beach, just slightly ahead of his parents and sisters, Andrew and Kyle followed an off-shoot to take a closer look at some rocks rising out of the waves of the Pacific. In an effort to get an even better perspective on God’s majestic creation, Andrew lost his footing on the loose rock and slipped down the slope of the mountain.

Andrew loved and appreciated his hometown of West Chester and hoped that one student at his high school would come to know Jesus as a result of knowing him. It is the hope of the Foundation that Andrew’s goal of affecting ONE would be expanded and enlarged to envelop the whole area of West Chester and Chester, sharing the hope of Christ with an ENTIRE COMMUNITY.

Andrew died at the young age of 17. Life was full and fun for him; he had just found his stride. He was birthed into his new life in Heaven that afternoon having fully lived each day that His Father ordained for him on this earth. Andrew loved Jesus and enjoyed studying His Word. He was familiar with the Bible’s description of Heaven “and now knows fully what before he only knew in part.” In the spring before he died he expressed to his mom that if he was asked to deny his Lord to save his life, or if by confessing his Lord he would have to lose his life, he would choose to die for Christ. Andrew did not die a martyr but that conversation assures his family he is in Heaven with His Savior.

The Andrew L. Hicks, Jr. Foundation was established in August, 2010, just a few weeks after Andrew went to live in Heaven. The Foundation works to create events and programs that bring together Chester children and the West Chester area community, in an effort to further Andrew’s  passion to see opportunities become available to the youth of Chester.

Donate to the Foundation

Help us in our mission to honor Andrew’s life and unite the youth of Chester, PA. We thank you for your kindness and generosity.