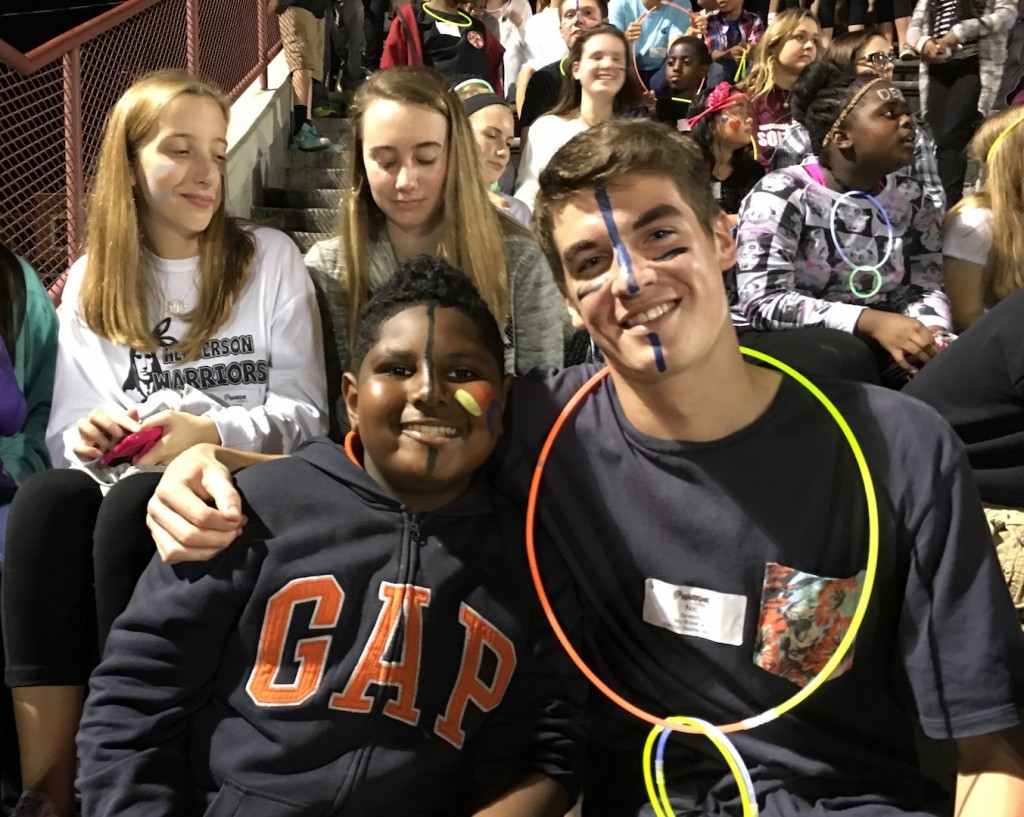 Henderson High School once again hosted the Warrior Guides for a fantastic and fun-filled night on Friday, November 6th.  The Chester children boarded buses right after school that day and headed up to Henderson on buses supplied by the Foundation.  Everyone had a soft pretzel and water bottle to hold them over until dinner. 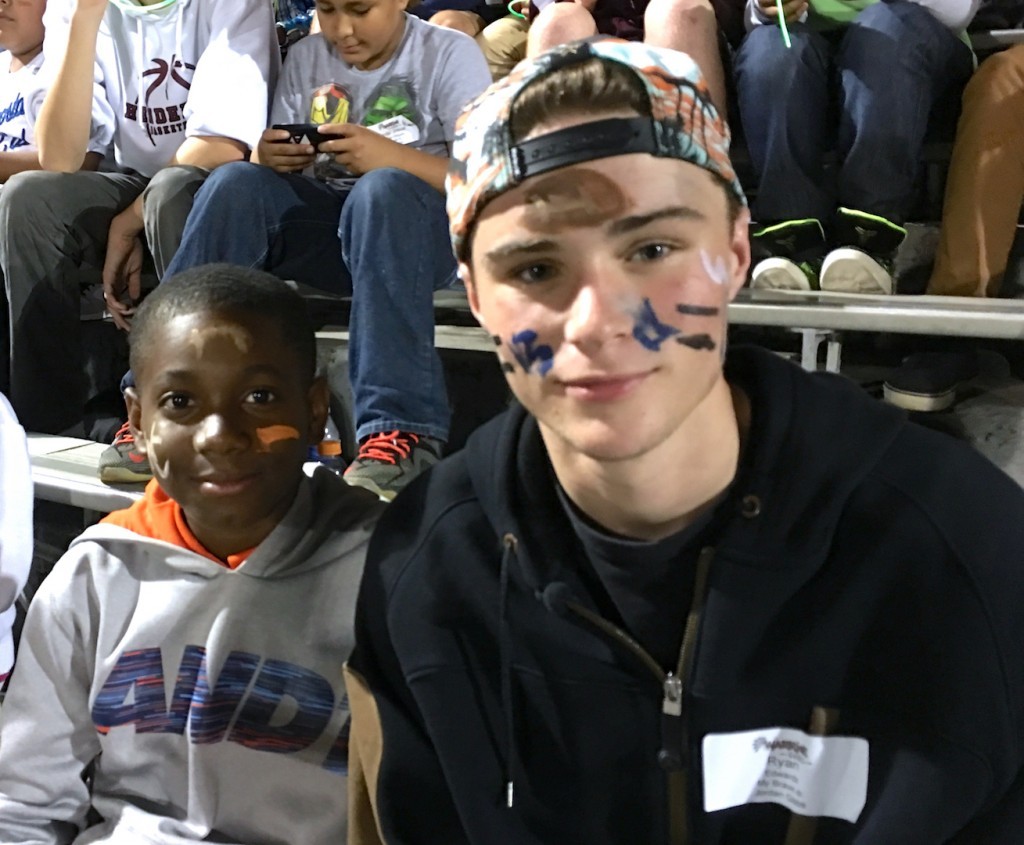 When they arrived at Henderson they were greeted by their Guides who had been anxiously awaiting their arrival.  This was only the second Warrior Guides event of the year, but the pairs are already getting to know each other well and were so excited to spend the evening together! 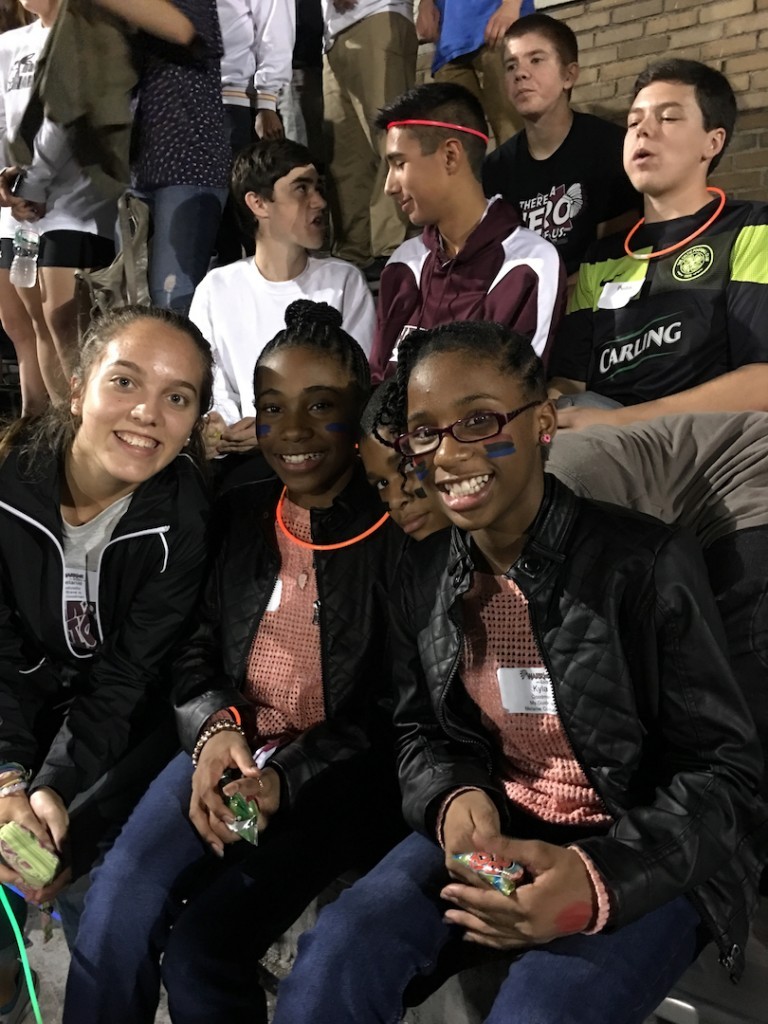 When the kids first got to HHS, their Guides took them into the gymnasium for some pick-up basketball or to try out the hula hoops and jump ropes.  Many of the kids also went into the cafeteria to get their faces painted with “Warrior” paint in anticipation of the big game against WC East high school. 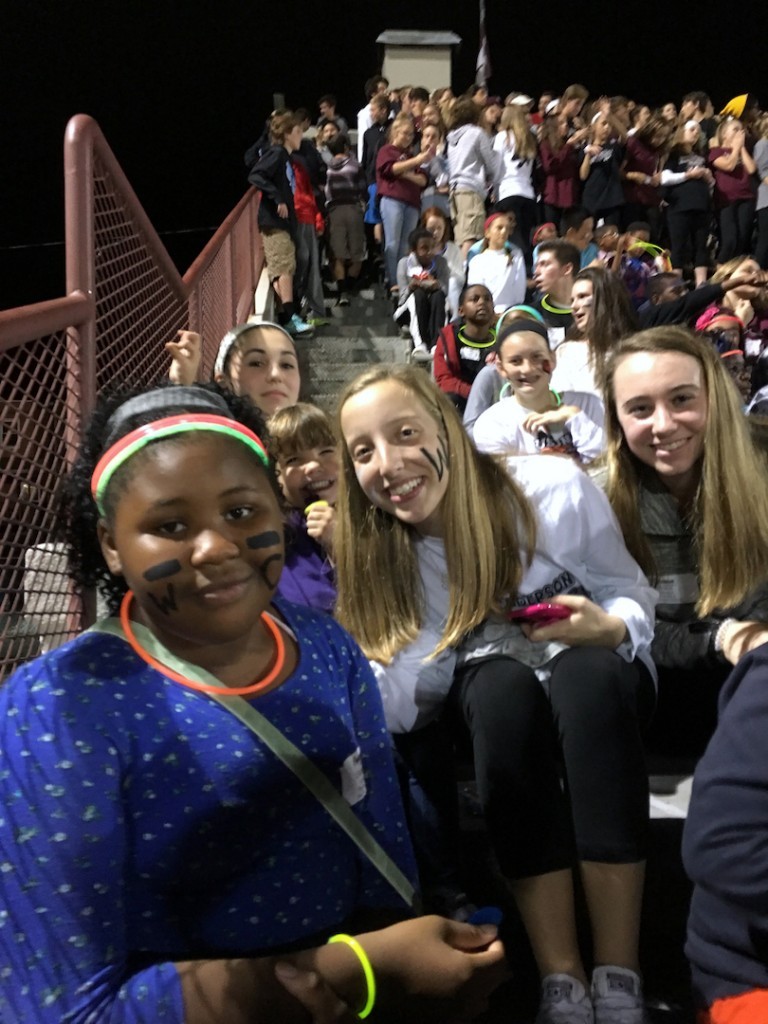 Dinner was a highlight since who doesn’t love Chick-FIl-A?  All the kids got a sandwich, chips, an apple and chocolate chip cookies with bottled water or iced team.  Before heading out to the field, everyone picked up a glow necklace and a glow bracelet.  That made it easier for the whole group to stay together! 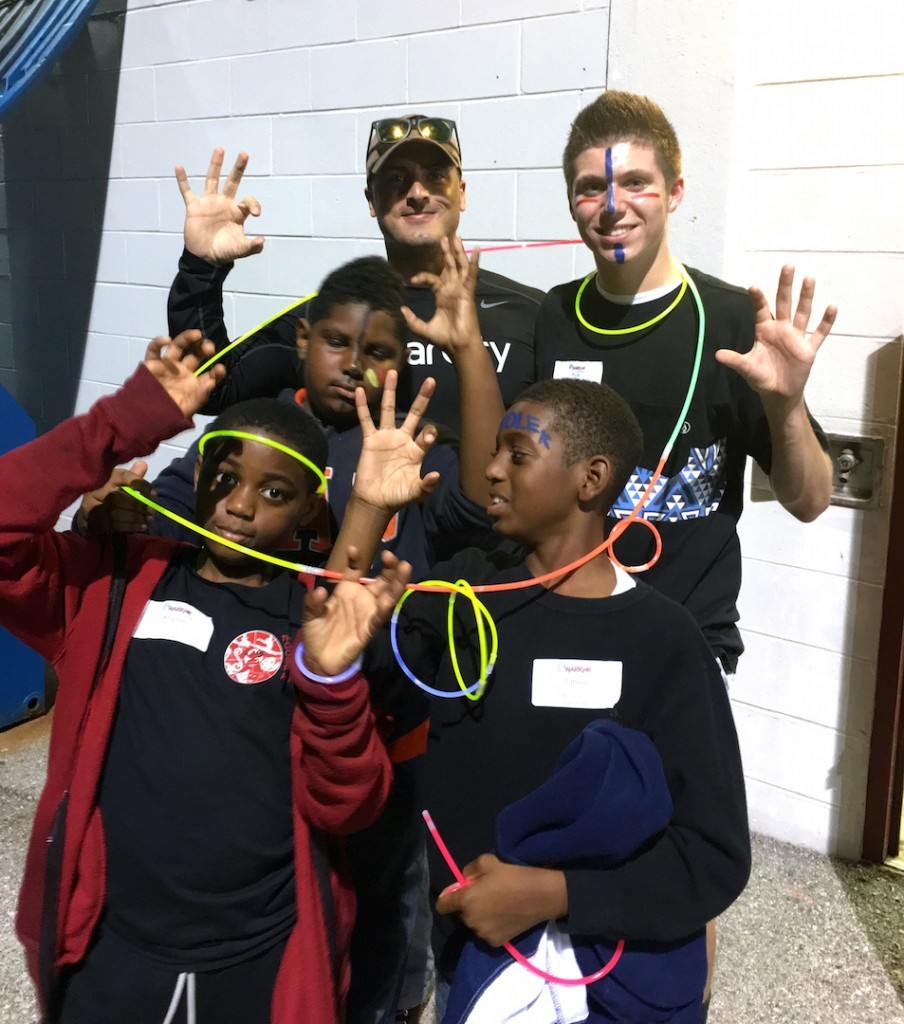 Some of the Braves had been to Camp Paradise this summer and were so surprised to find some of their Counselors in the Henderson stands!  By 8:45pm it was time for the Chester kids to head home but the kids are really looking forward to December’s event.  They are going to ACAC Fitness and Wellness Center for a Christmas dinner, swimming and lots of fun activities. 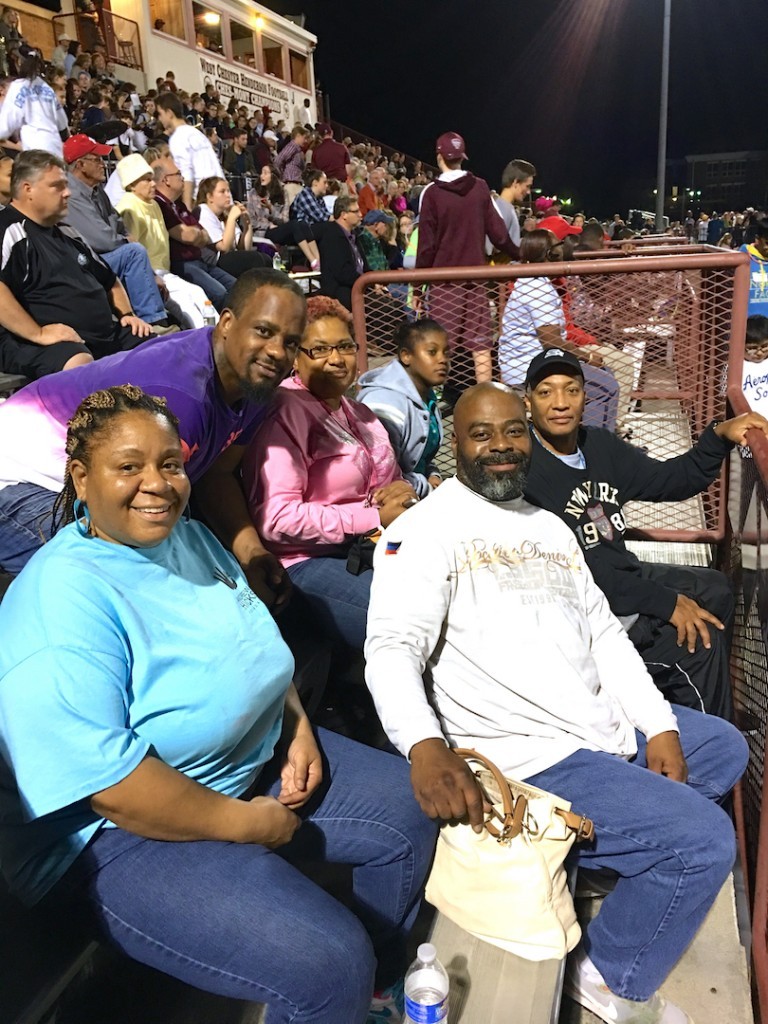 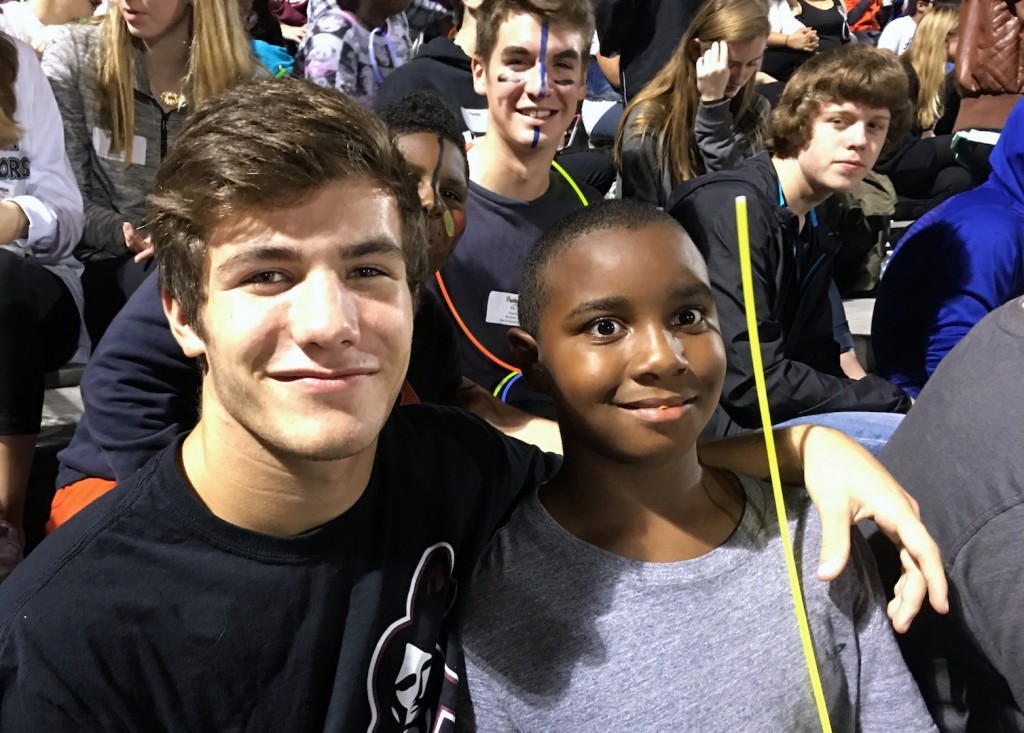 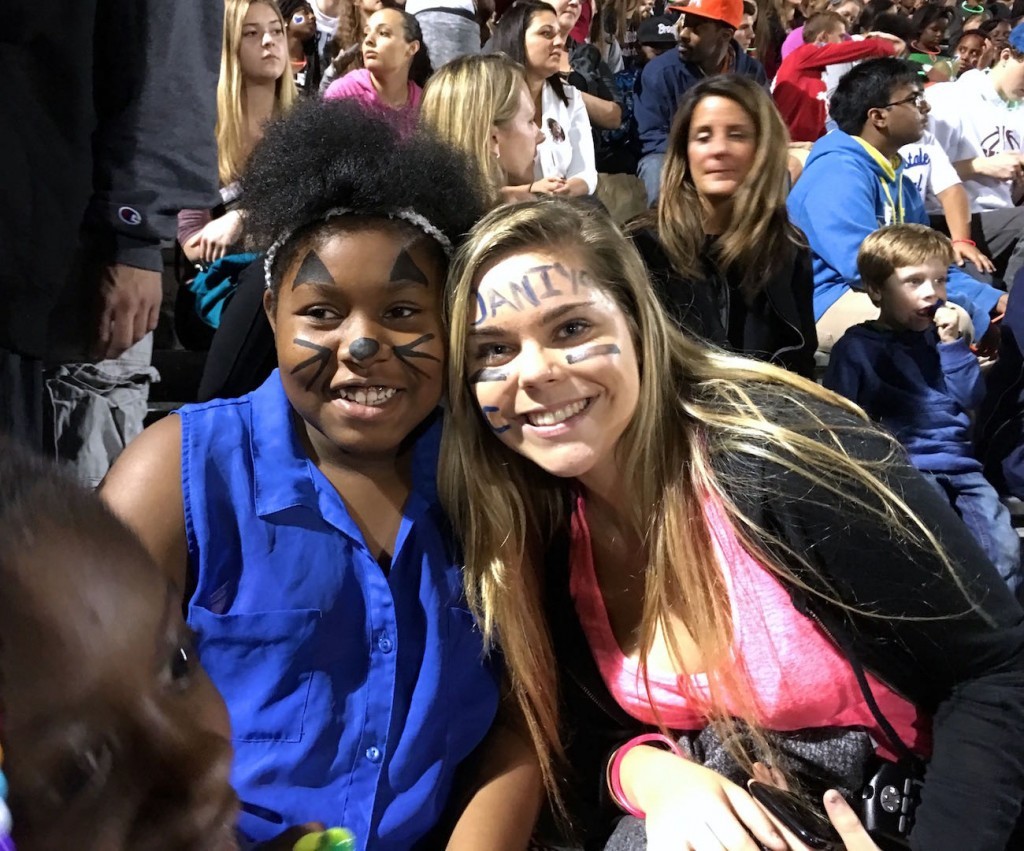 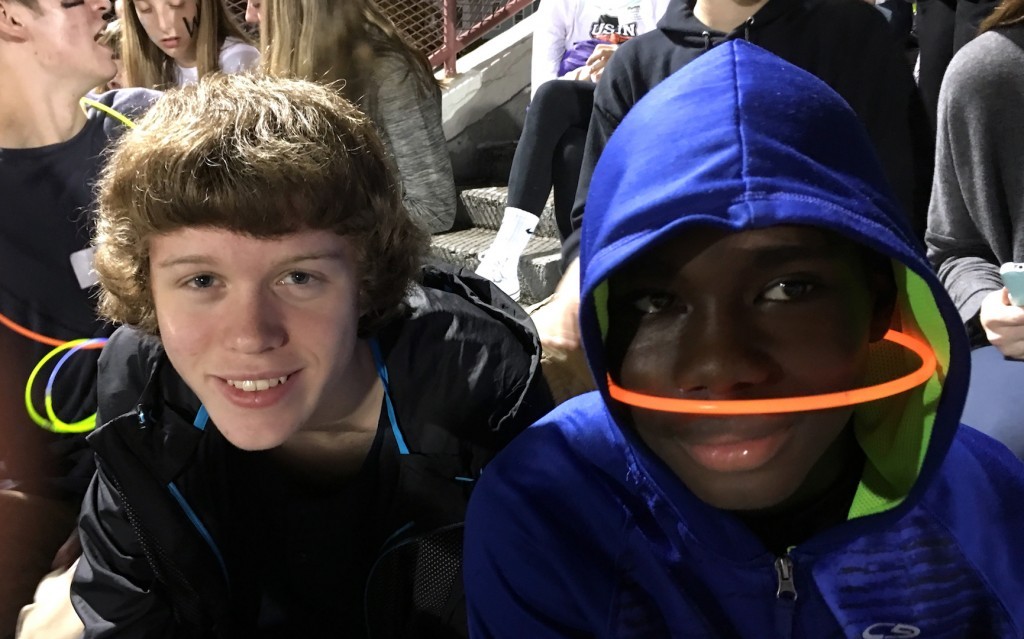