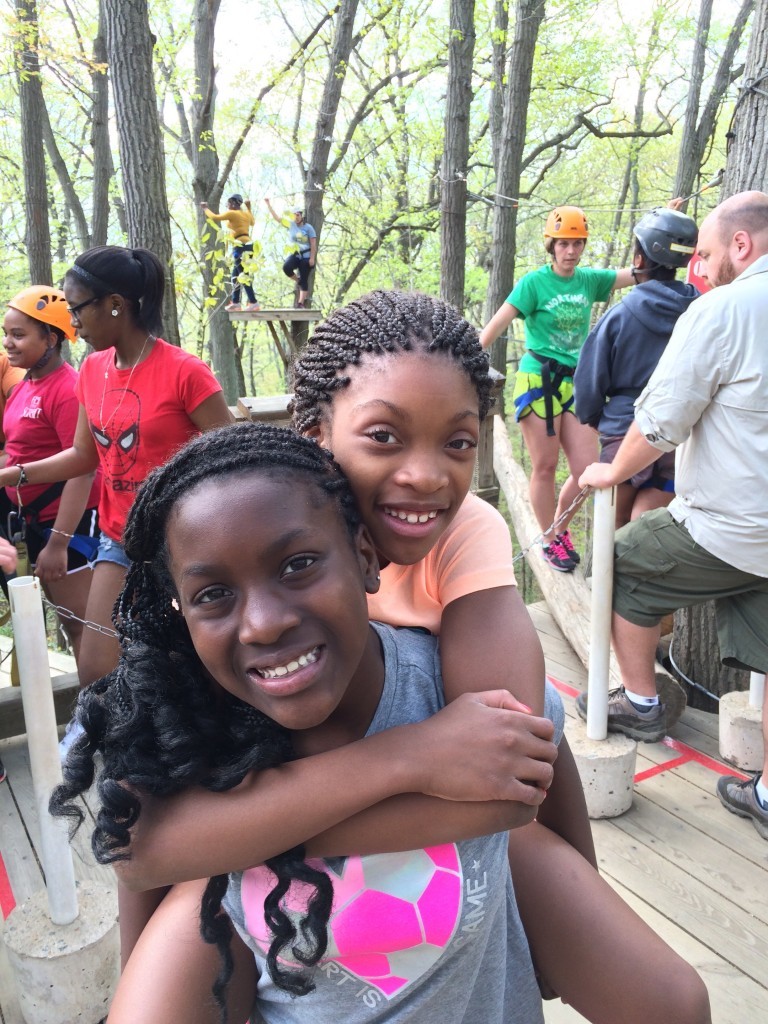 To see a video of the RISE Retreat, please click here.

Chester 6th and 7th graders trying out for the RISE program for the 2015-2017 school years recently completed a weekend retreat at NorthBay in North East, Maryland.  The RISE Retreat was held there from Friday, May 1st through Sunday, May 3rd.  Thirty campers participated in the weekend retreat along with 5 Counselors and Scott Strickling, the RISE Coordinator.

The kids arrived by bus at NorthBay at 7pm and got settled into their cabins.  They then met for an Orientation Game Show which was followed by a Campfire on the beach along the North East River.  By 10:00pm everyone was exhausted and settled in for some quite time and a chance to write in their journals.

Saturday began bright and early with some Rise and Shine Activities at 7:30am which included a run, a brisk walk through the woods or a ride on mountain bikes.  After breakfast and some personal time to get cleaned up, the kids watched an inspirational Ted Talk.  The highlight of the morning was the Shoe Box Fair.  There the kids each displayed a shoe box that they had decorated.  The outside was personalized to show others what the designer’s interests were while the inside was a reflection of who the student really is on the inside.  Each student competed to best describe themselves through the box to the other students.  Each box was judged and the winners of the competition received blue ribbons presented to them by their peers.

Saturday’s lunch was followed by some goal setting activities and then the kids had the chance to participate in some adventure activities such as canoeing, kayaking, rock climbing, etc.  Everyone worked up an appetite and enjoyed dinner together and then a large group learning activity.  The evening was capped off with a Campfire Ceremony and then some time to journal before “lights out”.

Sunday began with a walk through the woods and breakfast followed by personal time and then a large group learning activity and some more team building and then after lunch, everyone packed up their things and headed home.

The RISE Retreat has only whetted the kids’ appetites for a full week at NorthBay.  They can’t wait to explore more of the grounds, engage in further team building activities and try out the many adventure activities available at NorthBay!