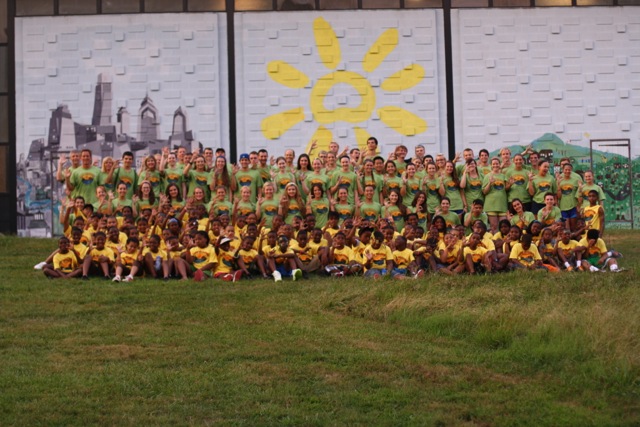 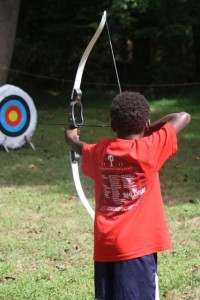 Check out a video summary here!

From August 5th to August 8th 2012, over 80 children from The City of Chester rode buses out to Paradise Farms Camp in Downingtown, PA. Here the campers experienced many things that otherwise may have been new and unseen before due to living in a city. Their days were filled with activities such as swimming, rock wall climbing, archery, canoeing, and stream studies as well as many other outdoors activities.

Our olympics themed camp gave an opportunity for each cabin to show their pride by making their country’s flag and putting on face paint for camp fires. The nightly bonfires allowed for everybody to gather together, worship the Lord, and to have each cabin cheer for the country they represented. 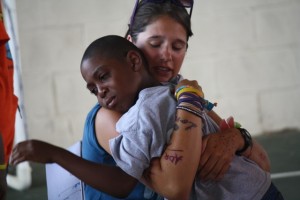 When it was time for the campers to return back to Chester on the eighth many were sad and getting back on the bus was difficult for both the campers and the counselors.

Thank you to all of the Chaperones, Counselors, Nurses, and everybody else who donated or helped in some way to make this camp possible. A very special thank you is given to Ian’s Boots, an organization that came to camp one day and gave each camper one pair of gently used shoes for them to keep and take home. 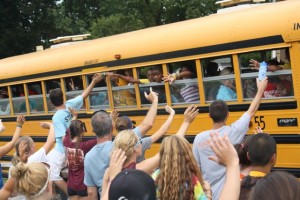 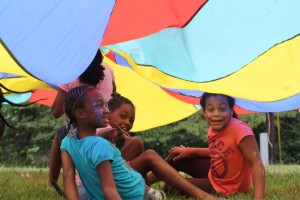 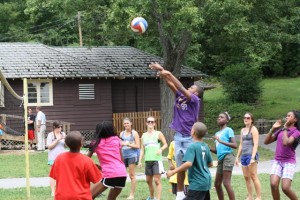 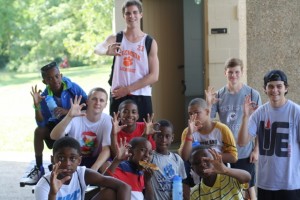 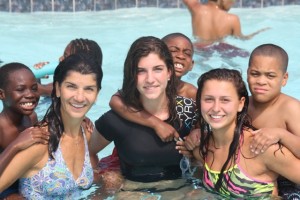 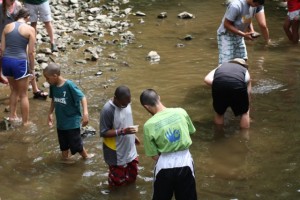 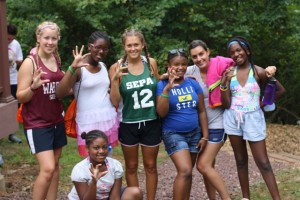 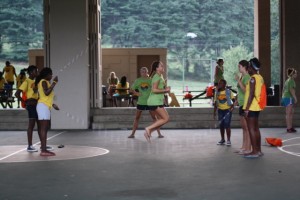 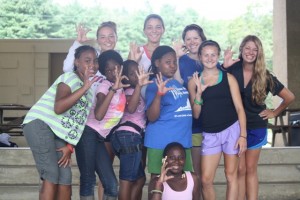 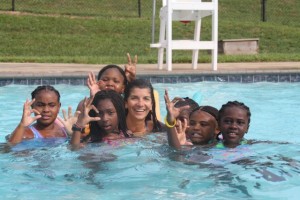 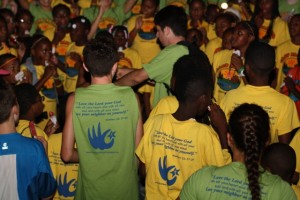 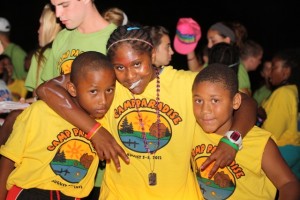 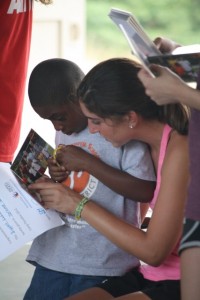 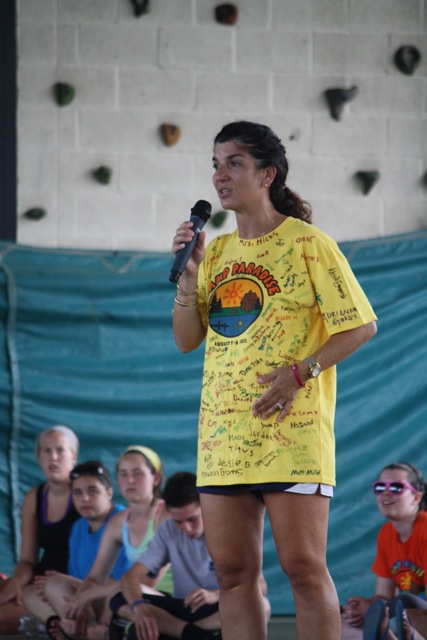 Karen Hicks wearing the Shirt that was signed by all the campers, counselors, and chaperones.