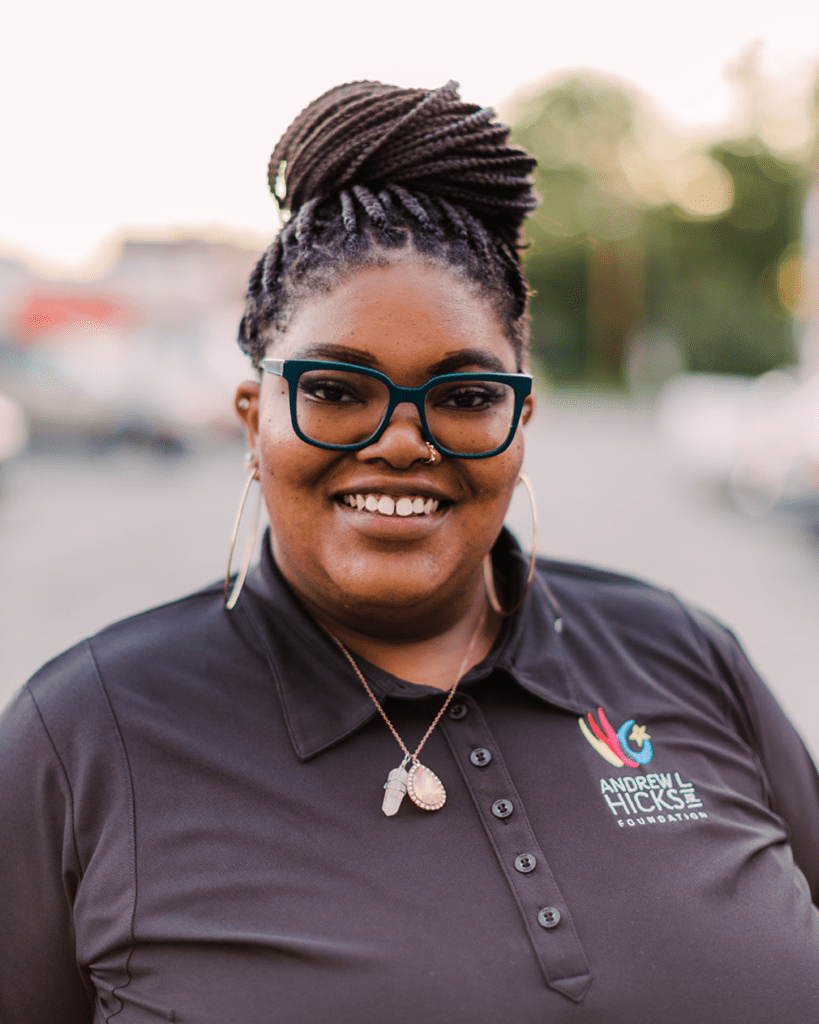 As a life-long Chester resident, Kristie is a 2009 Chester High School graduate. Kristie has always been inquisitive so she accompanied her mom during her community service work. She has a strong interest in Social Justice, Politics and Community Service. As a youth, she volunteered at a variety of venues, events and gathering inside and outside of her hometown. For instance Kristie participated with the Spoken Word and public speaking to deliver a message of hope, very active in her faith and involve herself in associations where community services was a large component of the program. It was because of her involvement in her community and scholastic activities, she was recognized as a “People to People Student Ambassador.” which afford her the opportunity to at the age of 12 to travel to London, England and Paris, France. Later, at 16, she traveled as a youth missionary to Montego Bay and throughout Jamaica to spread the gospel.

Graduating from Lincoln University, in 2014 with Presidential Honors, she received her Bachelor’s in Political Science and Pre-Law Certificate. Immediately after college graduation Kristie was accepted into the “AmeriCorps City Year Program” and served in Philadelphia as a Team Leader where she sharpened her skills. After her year of service (2015) she was offered a position to stay with City Year but she declined believing her services were needed in her hometown. By 2016, Kristie held two positions one as a Behavior Specialist with Camelot Enlightenment Academy at Toby Farms Elementary School- working with students identified as needing emotional-support. The second position, as a case manager for Face Forward II housed in the Boys and Girls club of Chester- working to develop within the youth (who have first time court involvement in the court system) a sense of worth and propelling hope to live a productive life despite their current circumstances. After the end of the both programs, Kristie relocated to Camelot Chester Excel Academy as a Behavior Specialist and classroom manager of the Plato electives computer lab, this allowed Kristie to challenge herself in supporting high school age students where trauma is more present. She then decided to enroll in Lincoln University (University City Graduate Campus) where she graduated (May 2020) with her Master of Arts in Human Services and a inductee of the Pi Gamma Mu National Honors Society.

Currently, Kristie still honors the commitment to Public Service she has practiced since a child. She holds the position of Director of Student services with Camelot Chester Education (November 2019). She works the community resources to provide support to student needs in order to graduate high school and another component to this position is to prepare seniors for post-secondary plan. She works closely with CMPRadio.net- Chester first and only online radio station, “The Station” is designation to Cultivate Mature Positivity, Constantly Making Progress to Change the Perspective because we are Chester Made Products. More recently Kristie holds the Program coordinator of the Launch Program operated by the Andrew L. Hicks Jr. Foundation.

Among Kristie’s goals are to continue to co-operate the Chester City Sweeps Initiative to encourage service, accountability and pride by host community clean-ups around Chester city as well as complete the process to operate her Nonprofit “Unapologetically Speaking” which encourages social capital and therapeutic support to improve qualify of life for Chester residents. Eventually make it her own and to hold political office in an offer to teach this generation to fish, not just to offer fish. Kristie hopes to leave a legacy, through her community service, advocacy and political awareness, of self-determination and empowerment.

Go Back To Team Page